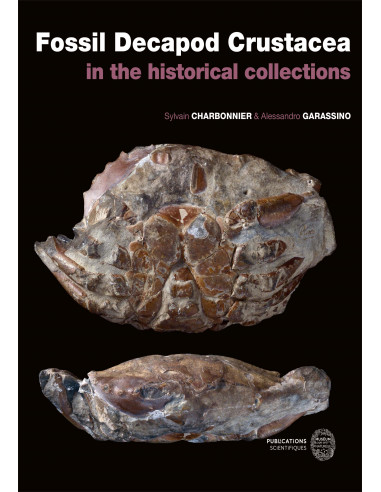 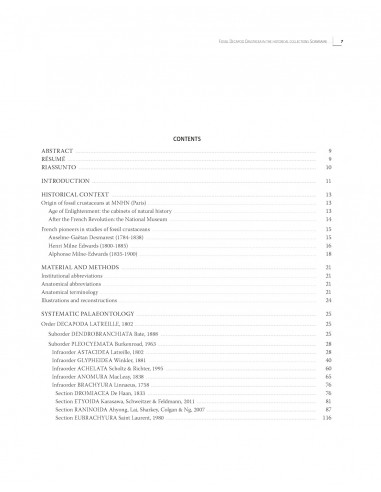 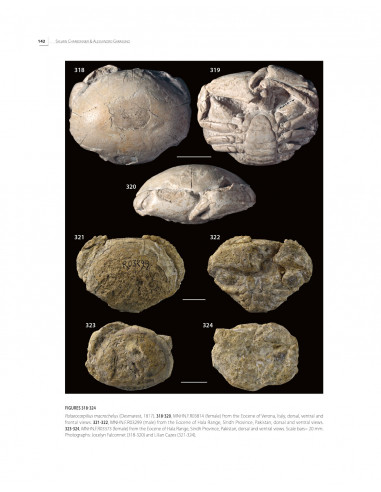 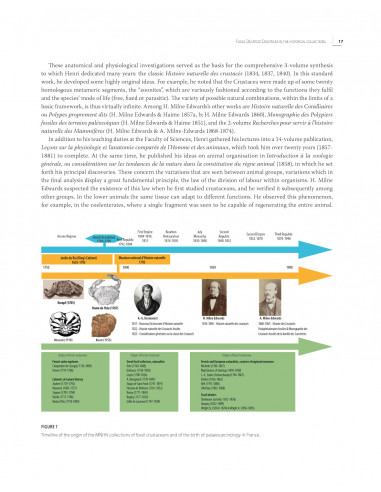 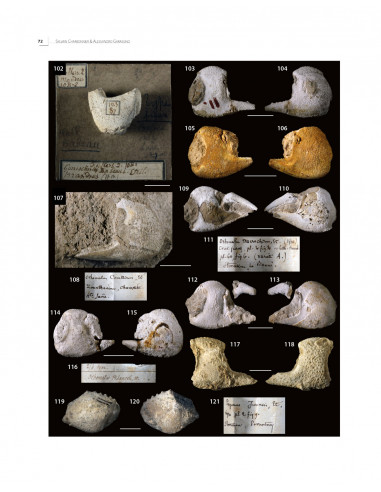 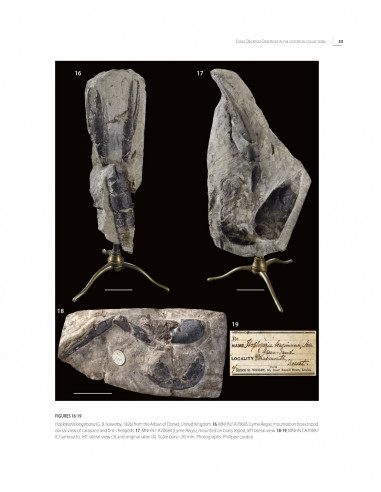 The present volume is dedicated to extinct crustaceans housed in the oldest palaeontological collections of the Muséum national d’Histoire naturelle (MNHN) in Paris (France). These specimens were all collected between 1750 and 1880, a period stretching from the end of the Enlightenment to the Third French Republic, which also saw the transition from the King’s Cabinet to the new National Museum of Natural History, founded in 1793. They paved the way to a new discipline, palaeocarcinology, at the very beginning of the nineteenth century. The main purpose of the present monograph is to provide a global review of all the type specimens described by three pioneers in the field, namely Anselme-Gaëtan Desmarest, Henri Milne Edwards and Alphonse Milne-Edwards.

An overall review of 94 species described by these scientists and their respective contemporaries is presented, encompassing 776 historical and type specimens from the cabinets of natural history and the King’s Cabinet to the national collections. The old literature is updated and the taxonomic treatment includes detailed descriptions of each species. The 94 revised species are assigned to the suborder Dendrobranchiata Rafinesque, 1815 (1 species), the infraorders Astacidea Latreille, 1802 (5 species), Glypheidea Winkler, 1881 (9 species, including a new one), Achelata Scholtz & Richter, 1995 (3 species), Anomura MacLeay, 1838 (7 species) and Brachyura Linnaeus, 1758 (69 species). All species are comprehensively illustrated in 742 figures to allow comparisons between the old illustrations and the present ones. Numerous type specimens are depicted for the very first time, and artistic reconstructions of eight species are proposed.

By buying this product you can collect up to 6 loyalty points. Your cart will total 6 points that can be converted into a voucher of €2.40. 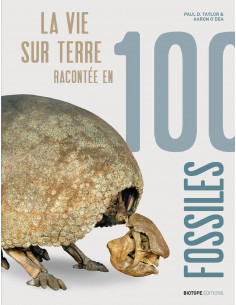 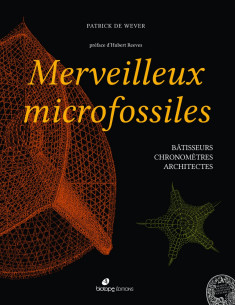 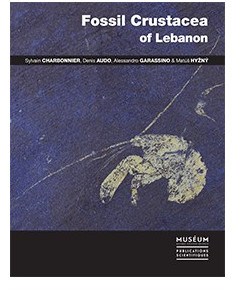 article diffusé
9782856537855
€65.40
The late Cretaceous Konservat-Lagerstätten geological deposits of Lebanon are famous for their exceptionally preserved fishes and crustaceans.This book provides the first review of fossil crustaceans in the Cenomanian outcrops (Hakel, Hadjoula, En Nammoura) and the Santonian outcrop (Sahel Alma). The fossils found in these outcrops offer a unique overview... 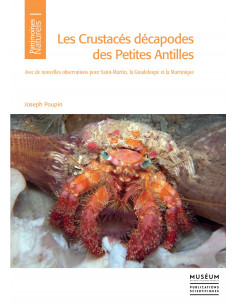 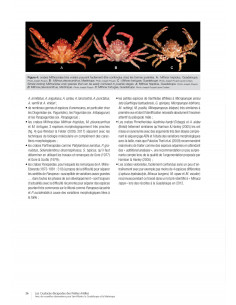 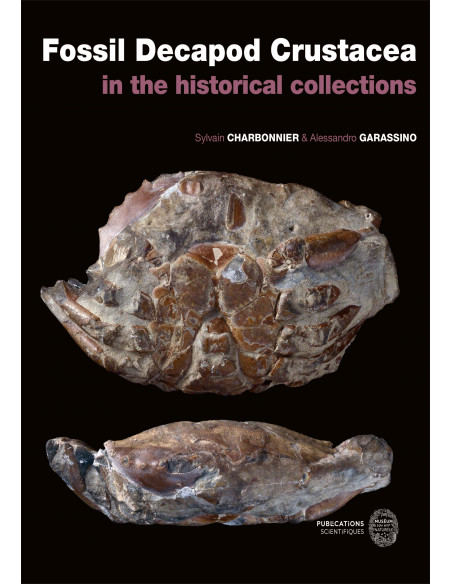 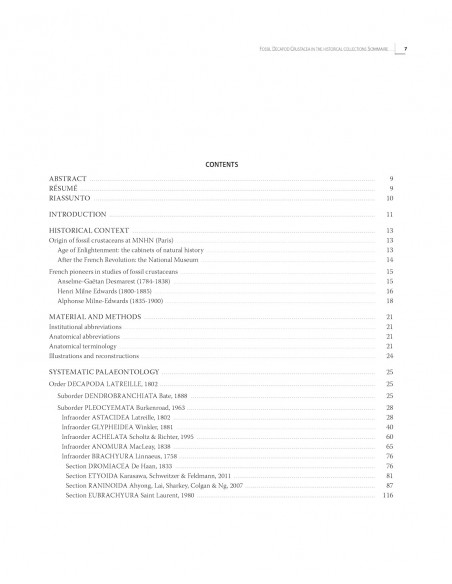 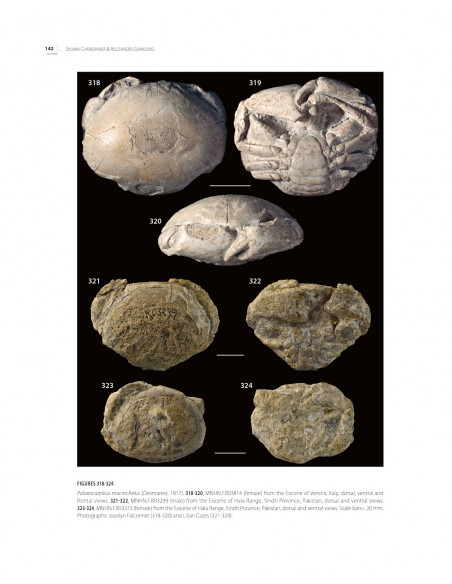 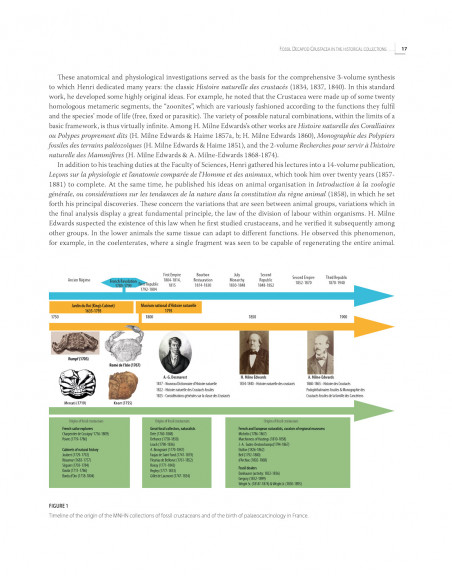 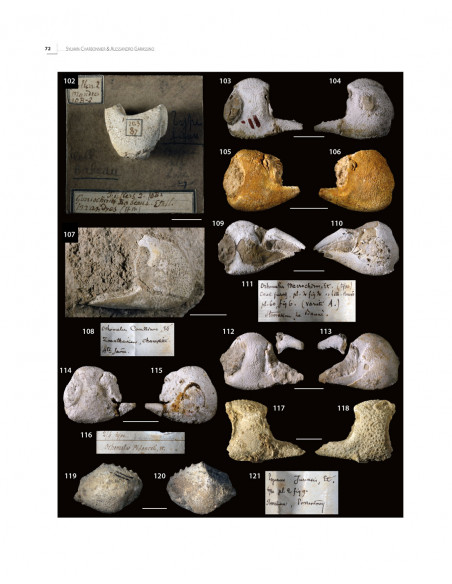 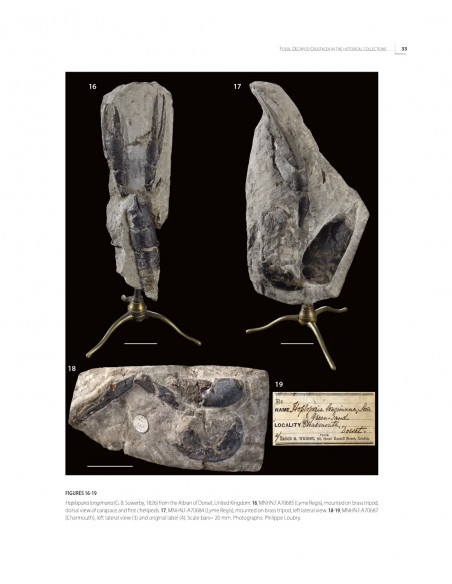