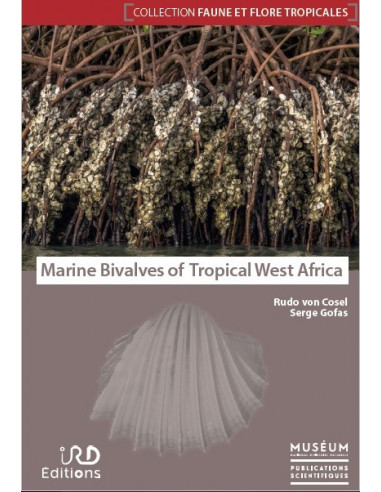 Bivalves are one of the most important groups of marine animals: they are abundant in benthic communities, they are sought after as seafood or ornament, and their shells are almost always conspicuous on the world’s beaches.

This identification guide for West African marine bivalves covers 462 species belonging to 59 families, based on an extensive material collected over several decades from Mauritania (Cap Blanc) to Angola (Baia dos Tigres), and now housed in in the French National Museum of Natural History. Therefore, any bivalve collected in the marine near-shore habitats of West Africa is most likely to be covered. Deep sea species (those normally collected below 500 meters depth, an additional 150 species) are listed but not treated at lente.

Profusely illustrated with over 3500 color and 1600 greyscale photographs, 800 stippled drawings, and an average of twelve views per species, the book is intended to be both the definitive resource and accessible to the non-specialist. Each species receives a description accompanied by a drawing of the interior showing the diagnostic details of the hinge and internal impressions and a photographic plate showing a selection of specimens from different localities across the species’ range, an indication of distribution accompanied by a schematic map, an indication of habitat, and remarks, including comparisons with similar species.

In the headings for each family, generic descriptions are illustrated with thumbnails of the included species to provide visual orientation. Morphological terms used in descriptions are explained in a glossary. Preceding these extensive taxonomic sections of the book is an introduction addressing the history of research, the physiography and hydrology of West African coasts, and the general characteristics of bivalves.

By buying this product you can collect up to 6 loyalty points. Your cart will total 6 points that can be converted into a voucher of €2.40. 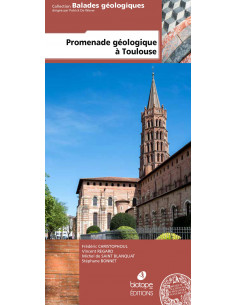